TEDx Toronto: Why our stories are killing us

Do you have a story about yourself? An identity that you hold on tightly to describe who you are; what you do; and potentially what’s next? Perhaps your story is headlined with your professional title or designation: “I’m a doctor, dentist, accountant, VP Big Job”. Or “I’ve always done ‘this’ or ‘that’ so that’s why I need to do going forward.” Or “I’ve invested in my career/profession for so many years this is all I know how to do. This is who I am“.

According to Andrew Peek, your story just might be killing you.

Andrew, a serial entrepreneur*, was one of the first speakers in the TEDx Toronto event held on October 22. Wow did he ever deliver a powerful message!

*Having served as a Partners/Co-Founder (Jet Cooper, Pilot) and Director (Freshbooks, Shopify) to some of Canada’s most successful startups, Andrew knows a thing or two about change, creating, and success. 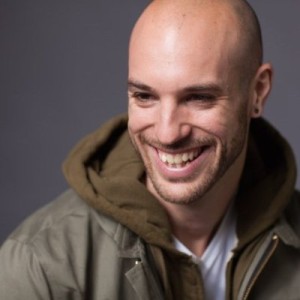 Andrew spoke of our “stories” that link to our identity as being a weight, a self-limiting construct and even something that can suffocate us in a world that is now in a state of exponential, persistent change. He said, we get wrapped up in the warmth (perceived security blanket) of the story we’ve been building for decades. The older we get the more comfortable we get with this ‘story’ and less apt to change.

Why is this a problem? It’s a problem because the world is changing so rapidly and at an accelerated and exponential rate (and will keep doing that) — so we are at risk of becoming marginal and maybe even obsolete.

Sounds extreme? Well – I’m not sure this is so extreme. Consider  the jobs, professions and industries that no longer exist because of technology and other disruptive business models. How many of you go to Blacks to get your photos printed ? Call a travel agent when you want to fly out to another city? Send birthday cards in the mail?  Or even order a taxi the old fashioned way?

Andrew says many of the so-called secure, traditional career paths and professions are no longer secure in this evolving world. Whether that be true or not in your professional lifetime what’s important is to reflect on how you are or aren’t growing and keeping up with the changes. If you are stuck in your story you might want to think about yourself in a different way.

Andrew spoke about a different view – whereas he defines ‘story’ as a fixed, unchanging identity, he suggests we look at ourselves as an ‘idea’ instead. Ideas are more nimble and can change, grow, evolve.

He shared the anecdote of when he built his first wildly successful company and sold it for millions – a success in its own right. But six months later he was fired. This could have shattered his identity but instead he found some lightness in letting go of the version of who he thought he was and what his career was meant to be. He embraced the empty space and saw possibility and the chance to recreate. And that he did. Over and over again. Hence the title “Serial entrepreneur.”

This he said is what ‘idea’ is all about. We need to constantly be recreating ourselves – at least to some degree. We need to learn to let go of fixed identities and embrace the possibilities of change. Identity should not be a fixed construct. Instead, it should be a moving target inviting you to grow, evolve and create over and over again.

On a personal level — I found Andrew’s message incredibly resonant and in a way comforting. I am constantly in creation mode. Those that know, I’ve had various careers over the years and look forward to my own career evolving in some interesting and maybe even as-yet-unknown directions. Sometimes this is scary. I know the “gap” of recognizing the need to change but not yet knowing where/how can be confusing and frightening. I wrote about this in my Career Confusion post . But this is the new paradigm for work and life so resist to your/our peril…..or embrace and adapt (survival of the fittest – and most adaptable?).

What do you think of all this? Where are you getting stuck in your stories? Where can you create and become more of an idea?

You can listen to Andrew’s talk here.

Join my newsletter to stay in touch for articles, invitations to webinars, talks, training – and more.

For Email Marketing you can trust.